Today we took Quinn to a sensory movie - a fantastic offering by AMC Theatres, where they show a movie once a month without previews, with the lights dim but not dark, and with the sound turned down to a reasonable volume.

Last time we went, we saw "Frozen," which kept every kid in the place mesmerized. Today's movie was "Muppets: Most Wanted," which was a little slow in parts and had the kids squirmy and a little bored - not great for a room full of kiddos on the spectrum.

Quinn stood up and down and up and down and kept wanting to move from chair to chair to chair. Directly in front on us was a pre-teen boy who flapped his hands constantly unless he was fiddling with a slinky he held up to eyes. Down in front was an older teen who laughed slowly and loudly at random moments. To the left was an older boy who would tantrum each time he dropped his sippy cup or his mom threatened to take away his crackers.

On one level, none of this worried me a bit. One of the great gifts of Quinn's autism is that I am totally comfortable around kids whose behavior would have made the pre-mom me very, very uncomfortable.

But on another, the whole experience was more than a little terrifying. Quinn is very high-functioning and is growing and advancing day by day. But will it last? Will he hit a peak? Will his habit of flailing his body around when he's bored turn into the kind of full-on stimming that was so evident today? Will he grow up to be someone who happens to have autism or someone who is defined by it?

Some days I am full of optimism about this little boy who I love so very deeply. And some days I am gripped by an unrelenting chorus of "what if..." playing in my head.

Most days, it's a little of both.

I'm very glad to see this new Facebook group. If you're a new or experienced adoptive parent, consider joining to ask questions or share your wisdom!
Posted by Jill at 3:45 PM No comments:

Relucant brusher in your life?

Quinn does not hate to brush his teeth like many kids with sensory issues, but he certainly doesn't love it. And he won't do it himself.

But that changed instantly when my husband downloaded the Disney Magic Timer app, which is miraculously free at the App Store. Kiddos choose a Disney or Marvel character (or scan an Oral B product from one of those companies), then they get to watch that character slowly appear on the screen over two minutes while they brush.

Quinn literally runs into the bathroom after breakfast and dinner shrieking, "I've gotta brush!" Amazing. Especially if you have a reluctant brusher in the house, I can't recommend it highly enough.

The awesome news is that Quinn is actively trying to make friends. The not-so-awesome news is that his friend-making skills are not as sharp as they could be. He has some real challenges staying in his own space, and has taken to following kids around with about an inch between him and the other kid. Shockingly, this doesn't go over well.

After his kindergarten teacher asked us for some ideas to help deal with this, his fantastic social-skills teacher taught me about just-right space and suggested I make him a social story book since he's such a visual kid. So I grabbed some photo time with Quinn and his good buddy Andrew (also a sensory seeker who is just fine with Quinn invading his personal space) and created my very first social story book!

My worst fear for Quinn at school

A Tucson teacher resigned after Duct-taping a student to her chair because she kept getting out of her seat (hmmm - ADHD? autism? sensory processing disorder?) prompting this retired teacher to write a letter to the editor of my hometown newspaper sympathizing WITH THE TEACHER and proclaiming that such troublemakers should get the hell out of the classroom. No acknowledgment that this could be anything other than a disciplinary issue. I live in absolute terror that Quinn will end up with a teacher like this.

Read the letter here.
Posted by Jill at 1:59 PM No comments:

He's got them all.

We knew from Day 1 that Quinn had some characteristics of autism. But his therapists felt like the behaviors were brought on by a lack of stimulation in his early months and that they likely would pass with time. Plus, we were doing all the therapies he would receive if he had autism, so an actual diagnosis didn't seem necessary.

Then our insurance company decided it didn't want to keep paying for therapy for a kid who wasn't on the autism spectrum. So, diagnosis here we come.

Getting the testing was no easy feat. It costs about $1,000 and is not covered by insurance. And the only developmental pediatrician in our city of 1 million people who does it has a wait of 19 months.  So we headed up to Phoenix - only a six-month wait - for two days of testing.

The process was actually pretty interesting. We filled out reams of questionnaires and literally discussed or disagreed over every answer. Does Quinn initiate play with other kids? I'd start to mark "rarely, if ever" and Tom would say, "That's not true. He does it at the park all the time." Argue, argue, argue. Then we'd compromise on an answer.

While we were doing that, the developmental psychologist gave Quinn and IQ test and then about six different tests. In some he solved puzzles, in some she watched him play with toys, in some she asked him questions.

Then the next day, I went back for two hours of answering questions, mostly about the paperwork we had filled out the previous day.

A week later we went back for the results. High-normal to high IQ, ADHD (another test will determine the severity) and autism. Not really surprising, nothing really changes except now his therapy will be covered. But I was surprised that hearing the diagnosis set me to thinking, and worry, about Quinn's future. Will he be able to make it in school? Will he be able to go to college? Will he be able to live on his own?

Now we begin the long and difficult road of trying to point all those answers to yes.

Special-needs kids were left outside an elementary school in the heat for two hours after their bus broke down. Why weren't they allowed inside? School officials feared the SN kids would disturb the NSN kids enjoying an air-conditioned after-school program inside.

Read it here. Unbelievable.
Posted by Jill at 9:33 PM No comments:

Thanks for stopping by my special-needs adoption blog!

This is my attempt to tell the true story of my adoption of Quinn, who spent the first 16 months of his life in an orphanage in Beijing. This is the kind of information I was searching for while I waited to adopt from China, so it's the kind I want to share - the joys as well as the challenges.

A little about me

Jill
My husband Tom and I adopted our son from China on Nov. 1, 2008. We met Quinn in Beijing two years and 10 months after we started the paper chase.

My favorite books about China

My favorite non-fiction about adoption 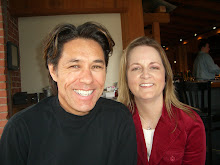 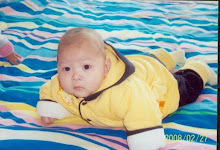 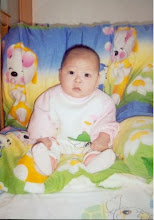